I Rear Ended Someone But It Was Not My Fault

Did You Rear End Someone?

In most rear end collisions, there is usually little doubt as to who is at fault – the driver who rear-ended the person in front of them. While this may seem obvious, there are cases in which you may be rear-ended and be found at fault. So if you're thinking "I Rear Ended Someone But It Was Not My Fault" see if any of the following situations apply to your crash.

If a vehicles fails to have properly working brake lights, it may be the case that the rear-ender could not tell that you were coming to a stop resulting in a rear end. If it is found that your break lights were not working at the time of the accident there is a possibility that you may be found responsible for the accident. Dash-cam footage is very useful as it can be difficult to determine if a brake light was not working before a crash, or is not working because of the crash. 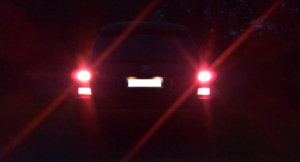 If you rear ended another driver undertaking illegal activity, such as driving while under the influence of drugs or alcohol, the other driver may be found at minimum partially responsible for the accident.

Backing Into Another Vehicle

While an accident may appear as a rear-end, with damage to the rear vehicle in front and front damage to the vehicle in the rear, this may not always be the case. If  another individual backs into you they may be found at fault.

If a vehicle speeds up and cuts off other drivers fault will likely be attributed to the rear vehicle. However, if it can be shown that the lead vehicle failed to yield they may have some fault attributed to them. Dash-cam footage is important in these situations, other-wise it often is simply the word of one driver against another.

As we have shown there are many cases in which the rear vehicle in a rear-end accident may not be fully at fault. Another instance of rear ending someone but not being at fault is in multi-car collisions. For instance, if 2 cars are sitting at a red light, and a third car drives up and rear-ends the second car, pushing that second car into the first car, the third car may be found at fault for all damages and injuries. The second car has done nothing wrong and was obeying traffic laws. This is why the third car that ultimately failed to stop will most likely be found at fault for damages.

Ultimately, all drivers have a legal duty of care, which means drivers have to follow the law, keep their car working properly and avoid driving dangerously. You will benefit from having an experienced auto accident personal injury lawyer. Your attorney will fight for just compensation.