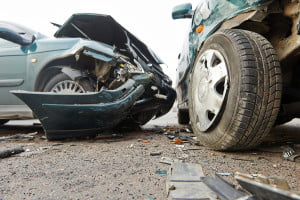 Road debris contributes to more than 200,000 crashes and 500 deaths every year in the United States, according to a report released by the AAA Foundation.

According to the report released in the fall, nearly 39,000 people were injured in crashes from 2011 through 2014. More than one-third of those deaths resulted from a driver swerving to avoid hitting debris, researchers found.

In some cases, cars struck debris, causing chain-reaction collisions. The worst part is that accidents from debris is not only quite dangerous, but generally preventable. According to researchers, the problem has increased dramatically over the past decade. A 2001 study found 25,000 crashes and less than 100 deaths were attributed to debris, while the study just released found that debris-related crashes have nearly doubled. Nearly 10,000 injuries and 125 deaths were reported yearly from debris-related incidents.

Researchers found the majority of the incidents occurred between 10 a.m. to 4 p.m. and neither bad weather nor darkness seemed to increase the accidents.

A driver could face fines should something fall off their vehicle onto a roadway and cause an accident. In Oregon, drivers may face a Class B traffic violation, which includes a $260 fine. Owner and driver in violation are jointly and severally liable to the state, county or city for all damage done as a result of the violation.

“Drivers have a much bigger responsibility when it comes to preventing debris on the roads than most realize,” said Jennifer Ryan, director of state relations for AAA. “It’s important for drivers to know that many states have hefty fines and penalties for drivers who drop items from their vehicle onto the roadway, and in some cases states impose jail time.”

If you or a loved one has been injured as a result of debris in the roadway, it is crucial to speak with an experienced Oregon personal injury attorney today. Call for your free, initial consultation.